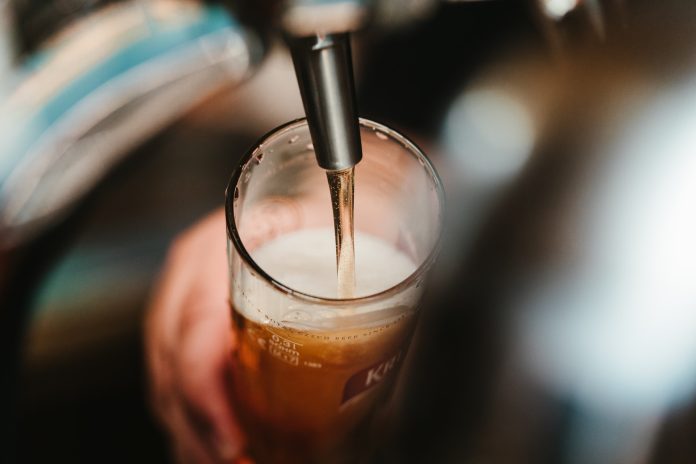 The railway interconnectivity throughout Europe means that there will be lots of possibilities that you can explore by traveling via train. Though it isn’t the fastest, it is really cheap, making it ideal for those who want to travel on a budget. The best part is, you can plan your travel ahead, and make it according to the theme you like.

For instance, you can actually start a train journey from St. Pancras International to several European legendary beer cities of your choices. The route, length of stay, and budget is entirely up to you to decide. For instance, you can go from London to Rotterdam in The Netherland, then to Leuven in Belgium, to Nuremberg in Germany, and finally to Pilsen in the Czech Republic. Let’s see what you can find in those cities.

There is a lot going on in Rotterdam in terms of innovation, experimentation, and sustainability. Craft beer brewery is no exception. This is best showcased in BlueCity. An abandoned waterpark formerly known as Tropicana, now BlueCity has become the lively habitat of a circular economy, comprised of 30 businesses. One of the businesses that are growing really well there is the craft beer brewery called Vet & Lazy. This brewery uses a chemical-free rainwater purification system. The spent grain from the brewery is then baked into cookies by the nearby caterer.

Across the Maas River, just behind the city hall, there is another unique brewery; Thoms Stadbrouwerij. This brewery has probably the longest bar in all Rotterdam. The bar table is directly under the beer tank. In fact, there are several self-tap tables where you can enjoy many types of beer including Pilsner, IPA, and Pale Ale. These self-serve tables are very popular among the locals and you’d be lucky to get reserve one during Oktoberfest events.

Apart from the breweries, Rotterdam is also a great city to explore. If you are a culinary adventurer, you must definitely try the popular De Matroos en Het Meisje. It is a table d’hôtes restaurant, meaning it serves a set of chefs’ menus. The menu usually changes regularly because they love to cook with seasonal ingredients and sustainable products. You can choose the number of course menus you want, from three to six. Wine arrangement is also flexible, you can have a half-glass, a glass, and an entire bottle.

Leuven, the Home of the Famous Stella Artois

If you love your beer, chances are that you have tried the famous Stella Artois. This Belgian Pilsner was born in Brouwerij Artois in Leuven in 1926. However, the brewery itself was actually established in 1336. That’s just one of the examples of the rich beer history in this city. If you plan to visit Stella Artois Brewery, you must come on Fridays and during the weekends.

The ticket is only 8.5 Euro per person, and you can even buy it online or on-site. The brewing kettle in the original brewery now looks more like an art installation instead of functional machinery.

Another unique brewery is the Hof ten Dormaal, a full circle farm brewery. They grow their own grain and hop in the nearby fields. They brew their beer in their brewery before then feed the spent grain to the animals on the farm. This circular eco-friendly concept seems like a modern-day invention. However, Hof ten Dormaal was first mentioned in the 13th century, doing a practically similar thing. Now the tradition is brought back to life by the Janssens family who runs the entire cottage.

There are still many other historic and unique breweries you can visit in or near Leuven. To name a few, there are Domnus Brauhaus, Brewery De Kroon, and Brewery De Vlier.

From Leuven’s Liège-Guillemins station, you can embark on a rather long journey to Germany, particularly to Nuremberg. This city is tightly related to their beer. In fact, the residents think that the beer tradition had saved many Nurembergers when the ally bombed the city during World War II. Many Nurembergers took shelter into centuries-old subterranean rock cellars, carved initially to store beer. This 13th-century beer cellar is a great place to visit, especially if you also interested in history.

For centuries, Nuremberg is known as an important city for brewing Franconian beer. You can find traditional red, light, and dark beer in this city. There are several popular breweries in the city. Tucher Traditionsbrauerei is open for tours from Monday to Friday. The Hausbrauerei Altsadthof is the oldest brewery located in the old town of Nuremberg. You can track the history of this brewery from the 13th century! There is also Schanzenbräu Brauerei that produces specialty beers with three main varieties Rotbier, Helles, and Kehlengold. Compared to other breweries in town, Schanzenbräu is relatively new as they brew the first time in 2004.

Pilsen, a City that Breathes Beer

The city of Pilsen (or Plzeň) already began brewing in 1295, but the quality of beer produced in this Bohemian city was inconsistent. It reached its nadir point in 1838 when customers dumped a barrel of beer to show their displeasure of the quality. The local government then founded a brewery that now has become the Pilsner Urquell. Their luck changed after recruiting a Bavarian brewer; Josef Groll. Employing the newest technology at that time, Groll created a sensationally clear, golden beer that is known today as the Pilsner.

The beer became a sensation not only in their home country but throughout Europe. Eventually, other breweries started imitating the Pilsner style. However, the name stuck and the city of Pilsen is forever remembered as the birthplace of an extraordinary beer. Today, the Pilsner style has inspired more than two-third of all the beers in the world.

If you are intrigued by the history of the Pilsner or the Pilsner Urquell brand, you are in luck. The Pilsner Urquell offers a tour to their brewery. If you are a fan of beer or history, you will be impressed. You can see yourself the original location where the famous beer was first created centuries ago. That is not all. You can then continue by bus to visit the modern brewery where Pilsner Urquell process 120,000 bottles per hour! You can learn about the ingredient and the brewing process, and finally taste the unfiltered beer produced there.

Explore the Best in Khiva, Uzbekistan for 24 Hours